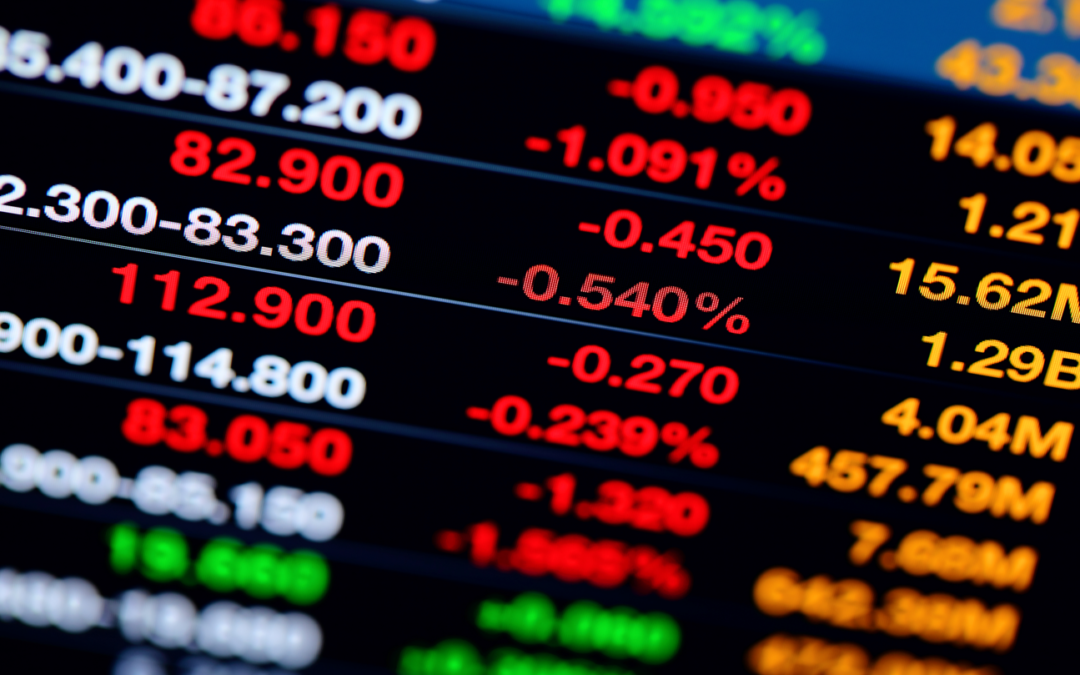 Over the past couple of months, the market was a story of “two steps forward and one step back.”  In just nine trading days, starting on Nov. 11th up until Dec. 10th, we saw the S&P 500 drop ~5.1.  Heck, the NASDAQ dropped ~7.2% and the Russell 2000 dropped an eye popping ~9.7%!  Prior to this last drop, the S&P 500 was hitting record highs and for us more growth-oriented investors, we were finally feeling some reprieve from the market pullback in February/March of this just to see another large correction.

In mid-February 2020, the S&P 500 started the fastest decline in market history due to Covid lock downs.  Looking back now, this makes complete sense to see such a market rout as this was the first time we’d ever shut-down our economy or the global economy for that matter.  On March 25th of 2020 Congress passed the CARES ACT along with other major legislation to combat the severe economic downturn.  Shutting down a global economy and that much government stimulus was something we’ve never seen.   It is important to remember that our society has never done this before so we can easily assume that we have no certainty how this will look coming out the other side.  The smartest economic minds in the world have been working overtime for the better part of two years to try and read the tea leaves with some accuracy and even they continue to revise their hypotheses along the way.

As of right now, we’re dealing with several nagging economic issues.  In particular, inflation is the talk of the town and is it transitory or long-term and if it is transitory, how long is transitory????  Also, we have unemployment still high, but businesses are having trouble hiring.  Throw in the Delta variant that came about the same time as the vaccines rolled out and you’ve got a lot of big-time uncertainties in the market.  If fed chairman Jay Powell and Treasury Secretary Janet Yellen are correct, then this current inflation will quietly subside as the world becomes immune through vaccines or herd immunity allowing supply chains to get back to full capacity.  The stimulus checks that so many Americans have enjoyed for so long stopped in September so the unemployment rate should start to fix itself as people need to put food on the table.  The Delta variant is still the dominant variant in the United States now, but the vaccines seem to handle this strain fine even if you have a breakthrough case (I can attest to that).  Omicron is the newest variant causing concern, but the preliminary numbers seem to show that its mortality rate is lower although it has a higher infection rate.  The jury is still out whether our current vaccines are good at combating its effects.  All in all, things are looking brighter for the United States and the rest of world economies assuming we don’t have another variant come out of left field that has a high mortality rate and isn’t susceptible to our current vaccines.

Well, I don’t know where we’re going and anyone who says they know with certainly is full of it.  The media, that guy at the water cooler and your know-it-all neighbor that declares they know what’s going to happen are doing this for attention.  For the media, it’s for profits and for individuals it’s them trying to feel mentally superior to others possibly due to some personal insecurity (see Dunning Kruger Effect). BUT, most of you that know me, know that I’m not big into allowing emotions to make decisions for me and more importantly it’s imperative that I don’t let emotion dictate how I invest my clients’ capital.  I look at the data and possible outcomes based on this data to help guide my decisions.  As the data stands now, I believe the economy is going through a transition back to normalcy.  I have several friends that are pilots, both commercial and private, and so I liken this market and my role with my clients to them.  Volatility is synonymous with turbulence and to anyone who has thousands of hours flying a plane, they don’t get worried at all when they encounter turbulence, but behind that cockpit is a fuselage full of all kinds of people who are most likely not pilots.  A lot of the people on that plane may only fly once a year or less, so moderate turbulence can seem like the plane is going to fall out of the sky.  All the time, the pilots are probably talking about the football game on Saturday.  This is pretty much what it’s like to do my job.  Mostly in my job its blue skies, but every now and then we have a lot of turbulence and I have to get on the intercom and tell everybody it’s going to be ok.  Where the data sits now, it’s looking like we may have some more turbulence for a little while but eventually it looks like blue skies ahead.

In the earlier part of my career, I had to deal with the 2008-09 financial crisis. Looking back, there were opportunities to create significant profit if you had a long-term perspective and patience.  To take note from Professor Jeremy Seigel’s “Stocks for the Long Run” the average stock and bond market cycles are 15 years give or take, so when I invest in stocks, I’m looking way out to hopefully attain those sought-after lofty returns but only make adjustments to the positions if the fundamentals of the company begin to deteriorate.  Below is a great example of what I witnessed with Amazon during the financial crisis, and I highly recommend you read it.

The example of Amazon

On October 7th, 2007 Amazon was trading at $100.82 but by November 20th, 2008, just a little over one year later Amazon was trading at $35.03.  That represented an approximate decline of 65% in a little over one year’s time.  That’s a large decline for any stock and would have caused a great deal of anxiety if you have a hard time keeping that in the context of being a long-term investor.  However, if you would have purchased that stock at $100.82 (the highest price in this example) and held it until this past Friday’s close of $3,389.70 you would have had a gain of approximately 3,262%.  Even if you got lucky enough to purchase the stock at the low of $35.03 and held it until last Friday’s close, you would have an approximate gain of 9,576%.  Let’s assume you put $10,000 into Amazon at $100.82, you would have $336,221 which represents a compounded rate of return of approximately 28% and if you were the lucky one that put $10,000 in at $35.03, then you would have $967,681 or an approximate 38% compounded rate or return.  Though this type of investing isn’t the norm, both of these examples are just with $10,000 invested! Again, this isn’t how normal investments typically go, but it’s a great example of how patience may pay off.

One lesson with this example is that when you’re investing in innovative companies that have a good chance of disrupting an established industry, then patience can be important.  As Warren Buffet famously said, “If you aren’t willing to own a stock for 10 years, don’t even think about owning for 10 minutes.”

As always, please call/email me if you want to talk in more detail about your portfolio or review your financial plan.  I love hearing from you all so please don’t be shy!

This material is provided as a courtesy and for educational purposes only.  All information contained herein is derived from sources deemed to be reliable but cannot be guaranteed.  All economic and performance data is historical and not indicative of future results. This article does not constitute a recommendation or a solicitation or offer of the purchase or sale of securities. The future performance of an investment or strategy cannot be deduced from past performance. Investing involves risk including loss of principal.

The Standard & Poor’s 500 (S&P 500) is an unmanaged group of securities considered to be representative of the stock market in general. The term, “Nasdaq” is also used to refer to the Nasdaq Composite, an index of more than 3,000 stocks listed on the Nasdaq exchange that includes the world’s foremost technology and biotech giants such as Apple, Google, Microsoft, Oracle, Amazon, and Intel. The term Russell 2000 Index refers to a stock market index that measures the performance of the 2,000 smaller companies included in the Russell 3000 Index. The Russell 2000 is managed by FTSE Russell and is widely regarded as a bellwether of the U.S. economy because of its focus on smaller companies that focus on the U.S. market. Indexes are unmanaged and do not incur management fees, costs, or expenses.  It is not possible to invest directly in an index.